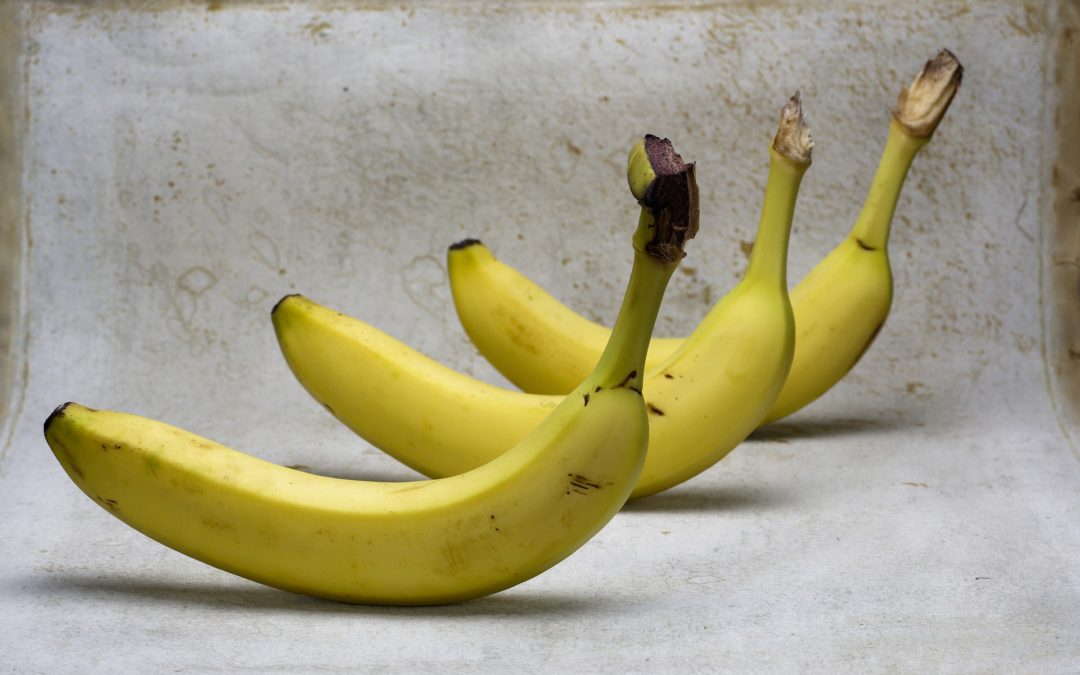 Peyronie’s disease is an illness which affects male genitals. It leads to a penis curvature and problems with erection. Sexual dysfunctions in men who suffer from the Peyronie’s disease are caused by the reduced hardness of penis and frequent pain during its duration.

The reason of male nightmares – Peyronie’s disease – was discovered by Francis de la Pyronie in 1743. Peyronie’s disease most often happens in men between the age of 40-60 (however, it is not said that it cannot affect an 18-year-old). Fortunately, this is not a very common disease – it touches about 1% of the total population. The development of Peyronie’s disease symptoms may vary, and the exact reasons are unknown.

Peyronie’s disease attacks the genitals, and more specifically the penis – The formation of scar tissue grows on the one side of the penis – this is called a plaque. It is believed that the peyronie’s disease might be caused by some imperceptible microtraumas that arose during sexual intercourse, atherosclerotic changes or be a hereditary issue (however, this is not clearly confirmed). Scar heals affect the blood supply and the formation of lumps (mainly on the underside or top of the penis), which cause the penis to curl where the scar is,or change its shape (the penis may change both diameter and length, bulges may appear). This can be a cause of pain, and when the penile curvature is large – even prevent sexual intercourse. 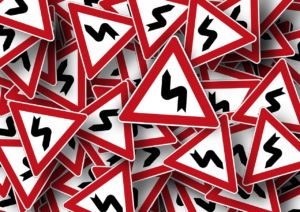 The disease itself can have a different course. It happens that mild cases appear, whose regression, until complete healing, occurs spontaneously without treatment. Usually, however, a permanent and noticeable effect of the disease remains on the penis. Traces, in the form of scar tissue, may also appear on the feet and hands. Sometimes Peyronie’s disease can even lead to impotence.

Peyronie’s disease is relatively easy to diagnose based because of the visible symptoms. Additional tests, such as x-ray, ultrasound, cavernosography, blood pressure measurements, computed tomography or magnetic resonance imaging can help determine the extent of changes in the penis. If problems with erection occur, penis can be measured during night erections or during a Doppler test (blood flow test). Also, a papaverine test (papaverine is injected into the cavernous body of the penis and it is checked for an erection. This helps determine the causes of impotence).

Treatment can take three forms. Considering that in some group of patients, Peyronie’s disease resolves itself, patients with mild symptoms are only advised to observe and inform about possible symptoms. Conservative treatment consists of administering appropriate medications (up to about 12 months after the first symptoms occurs) such as vitamin E (deficiency is responsible for abnormal connective tissue renewal and formation of scarred lesions) or potas paraaminobenzoate (Potaba), which effectiveness is not fully confirmed . Steroid drugs, anti-inflammatory are also used. Additionally, topical preparations can be used. Hydrocortizone, fortecortin and verapamil are among the most effective (about 50% of patient’s symptoms are improving). It is also possible to treat it with the help of physical therapy: massages, compresses, ultrasounds and other methods. If all of the listed above are unsuccessful – patients qualify for surgical treatment – usually after the first 12 months from the onset of the first symptoms of Peyronie’s disease and when difficulties in having intercourse arise. There are three types of surgery in surgical treatment:

The most common operations are:

In about 80% of the patients, the full straightening of the penis is possible. Usually men are too embarrassed to speak about their problem, so they wait until the operation is necessary.

If you are suffering from the Peyronie’s disease consider undergoing the operation abroad, in the private clinic – with total privacy and highest treatment quality. Your experienced doctor will discuss all of the possibilities with you, and suggest the most convenient and efficient option. If you have any questions regarding the Peyronie’s disease operation abroad – do not hesitate to contact us. 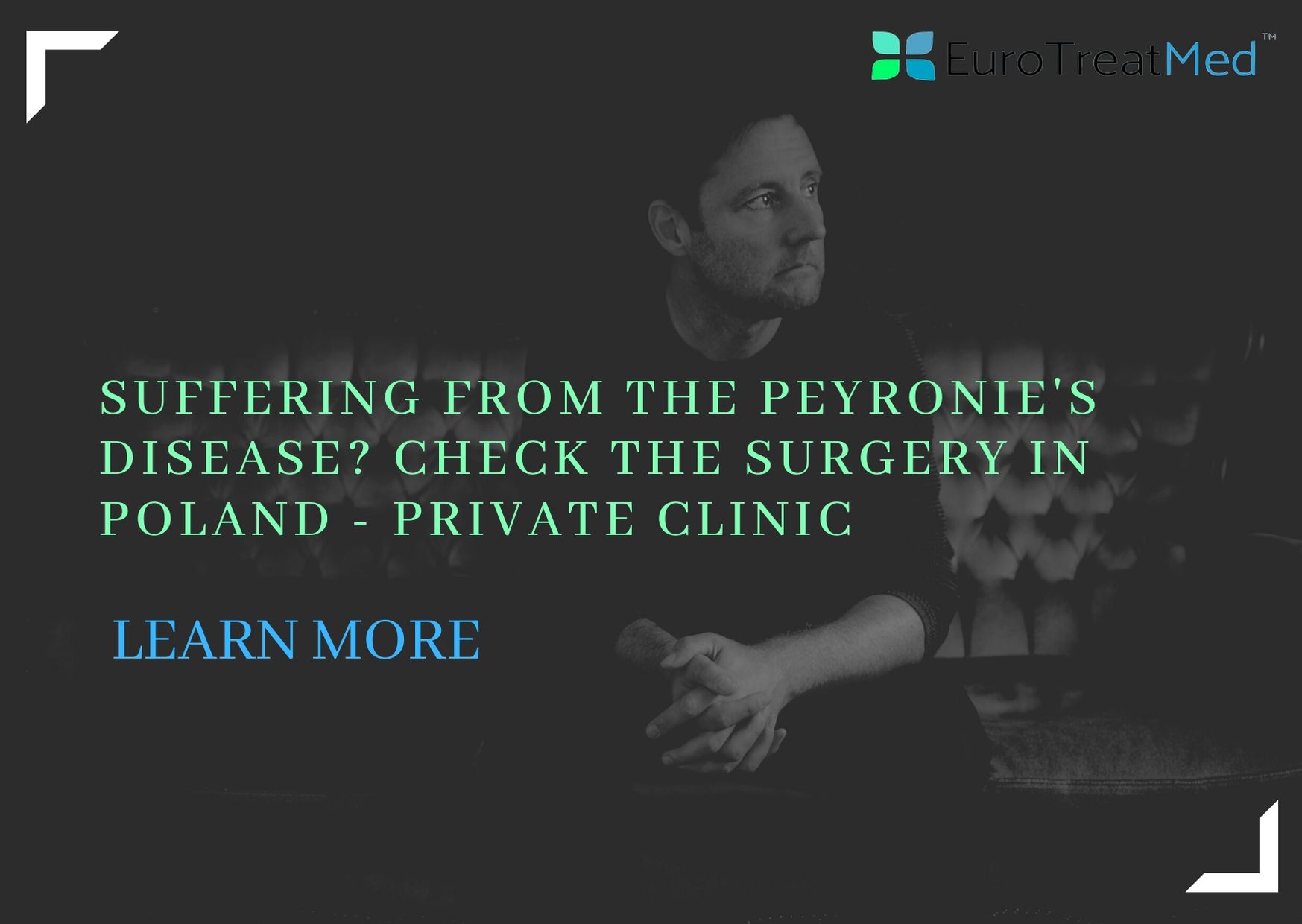 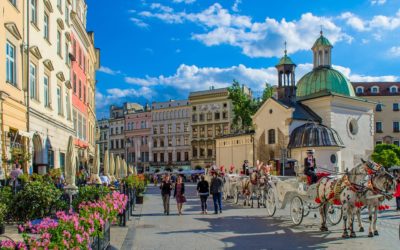 Why choose Lens Replacement in Poland?

Lens replacement procedure might be an answer either for patients with diagnosed cataract or for people with vision defects that would like to become glasses independent. While in the first case the treatment is inevitable, there is no such a big pressure in the... 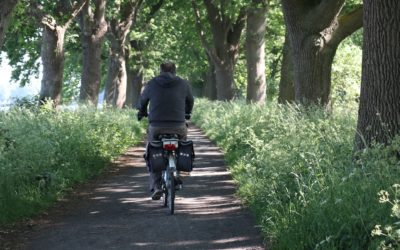 The doctor suggested that you need an endoprosthesis, but you, despite the pain, hold back the decision. The fear caused by the opinions heard here and there? In this article you will find the most common doubts before the hip or knee replacement surgery which are...

Treatment for Enlarged Prostate – Is there a better way?

Enlarged prostate or Benign Prostatic Hyperplasia (BPH) is a condition that affects more than half of men over 60 and even 90% of men over 85, according to the American Urological Association (AUA).  You have been diagnosed with the BPH? Don’t panic, put simply, it is... 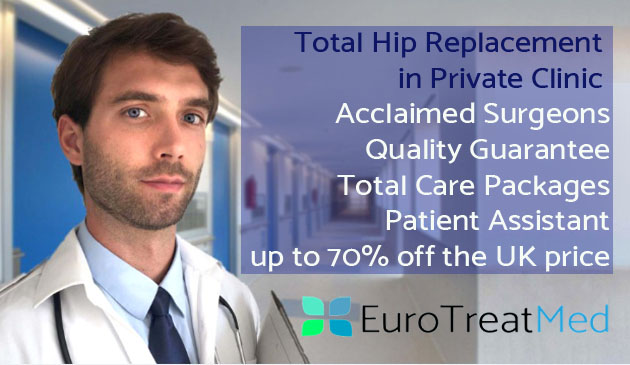 For more information or booking an appointment: